A visit to Neco’s Natural Cafe and Store

A visit to Necos Natural Cafe & Store at Bukhari Commercial, Karachi to try their wholesome and healthy food. Our favorites were the spinach and artichoke dip, the special pizza and the fish in lemongrass.

A few days ago, I was invited for a food tasting at Neco’s Natural Store and Cafe with two other friends. If you have been following my blog for a while, you will know that I am a fan of Neco’s (remember that Twix cheesecake).

Neco’s is a café that focuses on fresh and natural food, which is of course healthy and wholesome for you. That leads people to assume the dishes they serve are bland and for people on a diet. On the contrary, regulars to the cafe know that though the dishes there are definitely healthier than other places in town, they are packed with flavor and some are quite calorific. Order their French toast, and you will see what I mean. It’s just that their philosophy is to focus on good calories, making things from scratch and avoiding processed food. The butter is freshly churned, the salt in their shakers is pink Himalayan salt and there is a wide variety of options for people who face dietary restrictions like whole wheat, gluten free and sugar free.

We received a warm welcome from the manager at the cafe, where he talked to us about the menu. Some of the fan favourites (the French toast, the sarson ka saag, the laksa) and how it has evolved over the years. For instance, initially they only had a few oriental dishes on their menu but now the Thai menu has expanded to include starters, noodles, and mains. They have a chef who is specifically trained in Thai cuisine, and of course everything is made in-house. A key point of their menu is using the freshest produce possible, which means certain things will only be available in season. No sarson ka saag in the summers, or mangoes in the winter. Keep an eye on the blackboard at the back of the cafe because that’s where they have all their specials.

The meal started off with their bread basket with fresh butter. The yellow bread with sun-dried tomatoes was my favourite out of all of them. Plus I loved that plate that they serve the bread basket in.

The next item that we tried was the spinach and artichoke al-forno. Al-forno is an Italian word meaning food that is baked in an oven. This luscious dip, served warm with garlic crostini’s, was a combination of spinach, artichokes, parmesan, and cream baked together. Hands down, this was my favourite dish at the cafe, and my friends enjoyed it too. It was rich, and creamy and just complimented the crackers so well. Next time, I would probably order this and ask for the bread basket to be served with it and then enjoy with a cup of hot tea. Nothing else. Absolutely delicious!

Next up was the Neco’s special pizza. It’s their thin-crust pizza with 3 (or well, we choose 4) toppings of one’s choice. On the server’s recommendation, we decided to go for mushrooms, feta and sun-dried tomatoes along with olives. Loved the crust – crispy and crunchy with just enough tomato sauce. If I order it next time, I would probably skip the olives and just stick to feta, sun-dried tomatoes and mushrooms. All three of us enjoyed this.

Before the rest of the items came, we were served mini-drinks as a palate cleanser. The lean green with spinach, apple and banana; and the green clean with cucumber, apple and ginger. Both the juices felt healthy and refreshing but I preferred the green clean because it was sweeter and it served as a palate cleanser for the meal ahead. These are detox juices so not everyone will enjoy them. They do have an acquired taste, especially the ones with spinach.

This was followed by a selection of entrees from their menu. They wanted us to try and give feedback on a couple of things on their menu, which is why we were served half portions. We tried the pad thai (with prawns) and the fish in lemongrass from their Thai menu. The fish was served with brown rice and a side salad. All of us loved the sticky tangy sauce, which complimented the nutty brown rice perfectly. The pad thai was cooked well, but it was missing punch because they didn’t serve the traditional condiments. Lemon juice, chili flakes, and crushed peanuts would have bought out the flavor.

One of my friends really wanted to try their salt beef sandwich (it’s a new entrant on the menu). The beef is made in-house (of course!) and served with coleslaw and potato wedges. A hint of mustard, pickles and tender beef makes it a great casual lunch option. I would ideally want to order a bowl of hearty soup and share it with a friend.

We also tried out their zoodles. For those that don’t know, zoodles is a new food trend and they are basically noodles made out of zucchini using a spiralizer. The Neco’s version consists of zoodles tossed in a freshly made tomato pesto sauce. We tried half portions of both chicken and prawn, and though the sauce is exactly the same the prawn version tasted better. Zoodles can turn mushy if not prepared properly, and these had the right bite to them. Though I would still prefer my regular wheat pasta, the zoodles are a great option for people looking for a different carb-free option.

We were pretty stuffed at this stage but there was still dessert in the end.

Their famous French toast! Two thick of slices of a brioche style loaf with bananas, caramel sauce and cream. Though this is part of their breakfast menu, it can easily be eaten as dessert. As decadent it was, this is an item I would only order if people are sharing with me. It can be too sweet if ordered as an individual meal.

Finally, we were served dessert with a cup of great tea to wash it all down. Dessert was a fresh pastry tart with walnuts and caramel sauce. Loved the buttery flaky pastry, but we just couldn’t do justice to it after the French toast. This is definitely on the sweet side, and for people who enjoy caramel. Personally felt that a scoop of ice-cream would have complimented it well.

In the end, thank you to Neco’s for the delicious food and the warm hospitability. Our combined favorites would have to be the spinach and artichoke al-forno, the Necos special pizza and the fish in lemongrass.

I was invited to eat for free, but my comments on the food remain completely objective and my own. Any treatment I receive may not be reflective of the experience of the average customer. 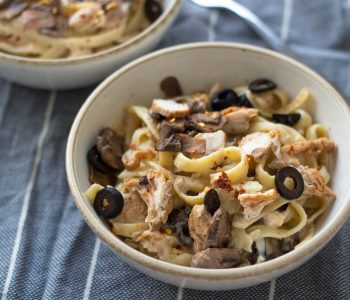 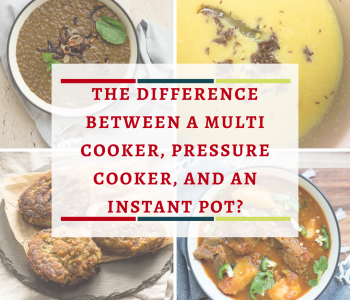 The difference between a multi cooker and pressure cooker, and an Instant Pot? 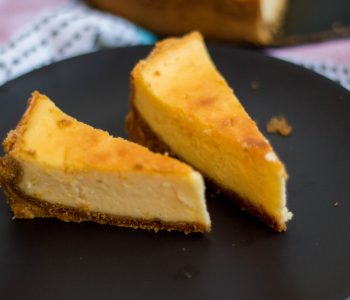