Keema samosa is a popular Pakistani snack with a filling of keema enclosed in a flour based pastry and deep fried. Enjoy it hot with mint chutney on the side.

Samosa making is an art learnt by trial and error and a line of broken samosa pattis along the way.

Every year in Ramadan samosa making was a ritual with my mother. I remember how I struggled when she started teaching me. As much as I tried, I could never get the right shape and then one day I could. It was such a feeling of accomplishment. A folded samosa, triangular in shape with a filling that didn’t fall out.

Of course, I didn’t mind the broken samosa patti’s that much because once you fry them up they just taste SO good. Especially with khowsuey.

Different types of samosas and how to make qeema samosa

A samosa is made by placing a filling inside a pastry. There can be many different types of fillings though the most common (and my favourite) is the keema (or qeema) samosa. Other popular types are the aloo samosa and the chane daal samosa. The pastry coating for the keema samosa is usually a regular samosa patti known as maanda patti. It’s a rectangle sheet of flour based patti, which can be shaped into a triangle. A flour based glue is used to close the edges. Near to Ramadan, it’s easily available at supermarkets and grocery stores. In Sydney, the brand of samosa patti that I got is named Shahi and can be found in the freezer section of Desi supermarkets. Alternatively, spring roll sheets cut into half or thirds can also be used.

Aloo samosas are usually made with a flour (maida) based dough, that is kneaded by hand. Dough is rolled out in a circle shape, cut in half  and the semi-circle pastry shape is used to make a samosa.

To make the keema samosa, you start off with boiling keema and whole spices together. You can use beef, chicken or turkey mince. To the cooled boiled keema, add chopped onions, green chilies and coriander. Mix together and just start filling. 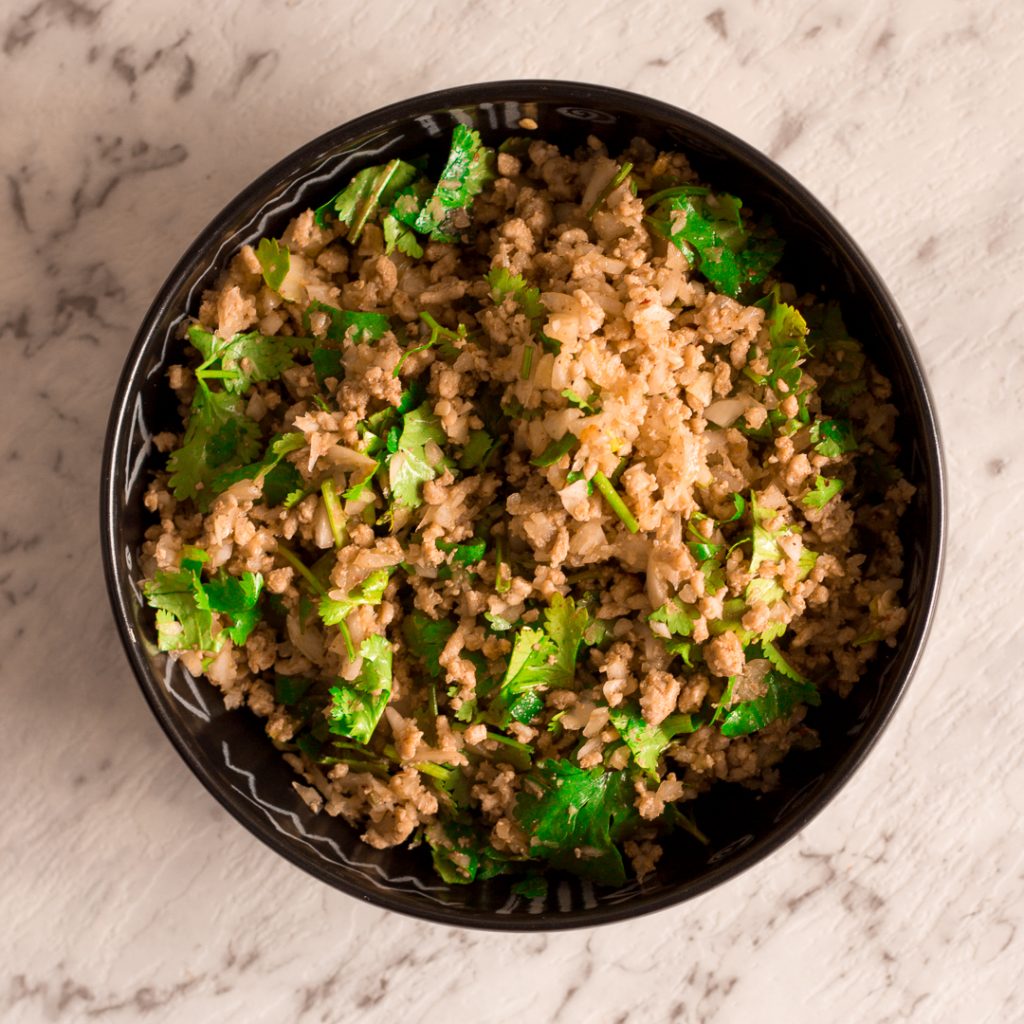 Do you enjoy eating keema samosa? What’s your favourite type of samosa?

Some other snack recipes that you can try are: 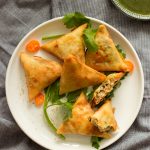 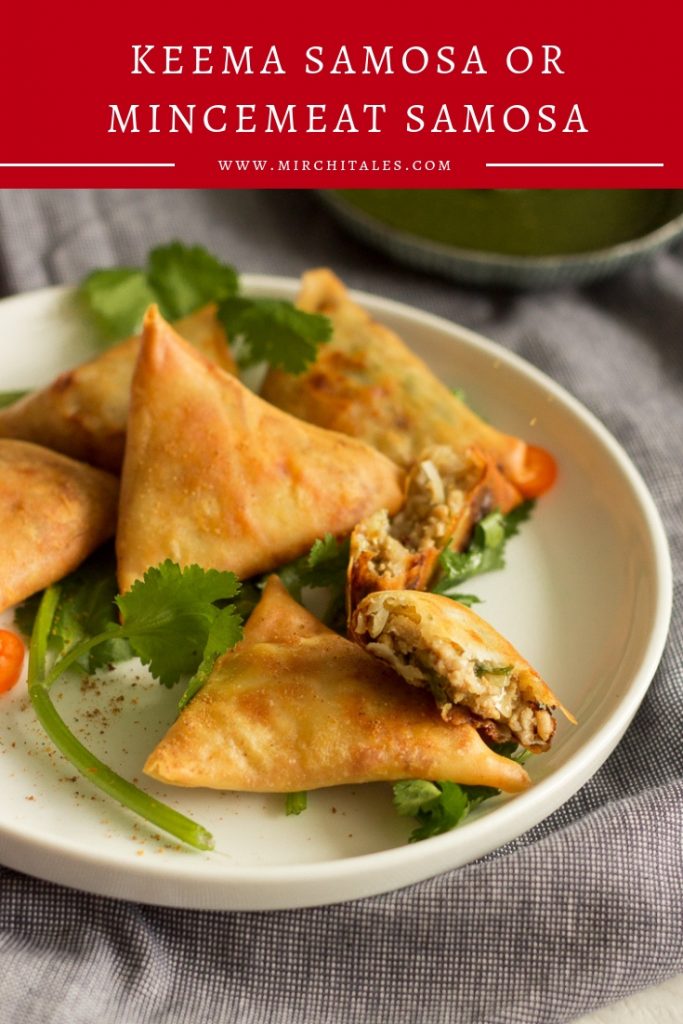