Air fryer pakora is a healthy version of the pakora or pakoda, a popular Indian and Pakistani snack which is traditionally deep fried. This air fryer pakora recipe has all the flavor of a regular pakora, with a fraction of the calories. Plus, no wastage of oil, and no having to deal with the oil splatter after frying. The recipe that I am sharing is for an air fryer onion pakora, but you can use other vegetables.

What is a pakora?

Pakoras are the Indian and Pakistani version of a fritter made with chickpea flour (known as besan in Hindi / Urdu) and vegetables. Also known as a bhaji or bhajiya, it is a popular snack and appetizer across the Indian sub-continent. It is also a must have item during the month of Ramadan when it is served as a snack at Iftar, and during the monsoon season. It has become a cultural tradition of that whenever it rains, one must have pakoras with chai.

There are many kinds of pakoras depending on the filling used – aloo pakora (potato fritters), spinach pakoras (palak pakora), green chili pakoras (mirch pakora), but the most popular are the onion pakoras (piyaaz pakoras). Traditionally pakoras are always deep fried for the crispy crunchy exterior. Today I will be giving a healthy twist to the classic pakora by sharing a recipe for air fryer onion pakoras.

What is the difference between a deep fried pakora and an air fryer pakora?

The major difference between a deep fried pakora and an air fryer pakora is the usage of oil. A regular pakora needs a significant amount of oil, as it will be fried whereas the air fryer pakora can be made with just a spray of oil. Due to all that oil, the deep fried pakora no doubt tastes delicious, but it’s also unhealthy and then of course, there’s all the mess created by deep frying.

The air fryer pakora, on the other hand, is a guilt free snack. Though it doesn’t taste exactly like the deep fried pakora, the convection technology of the air fryer ensures that the pakora is crispy and crunchy on the outside. It’s a great way to eat your favorite snack on a regular basis instead of once in a blue moon.

Why should I make pakoras in the air fryer?

Do I have to use baking molds?

The reason that I use baking molds is because the batter is contained in the baking mold, so no mess. I have tried doing it on the air fryer tray directly, but I have found the results inconsistent, and messy. There are recipes out there that do use the air fryer tray directly. In that case, you would need to make a super thick batter and use parchment paper (or Chinese steamer papers). Carefully place the batter on the tray and air fry till crispy. 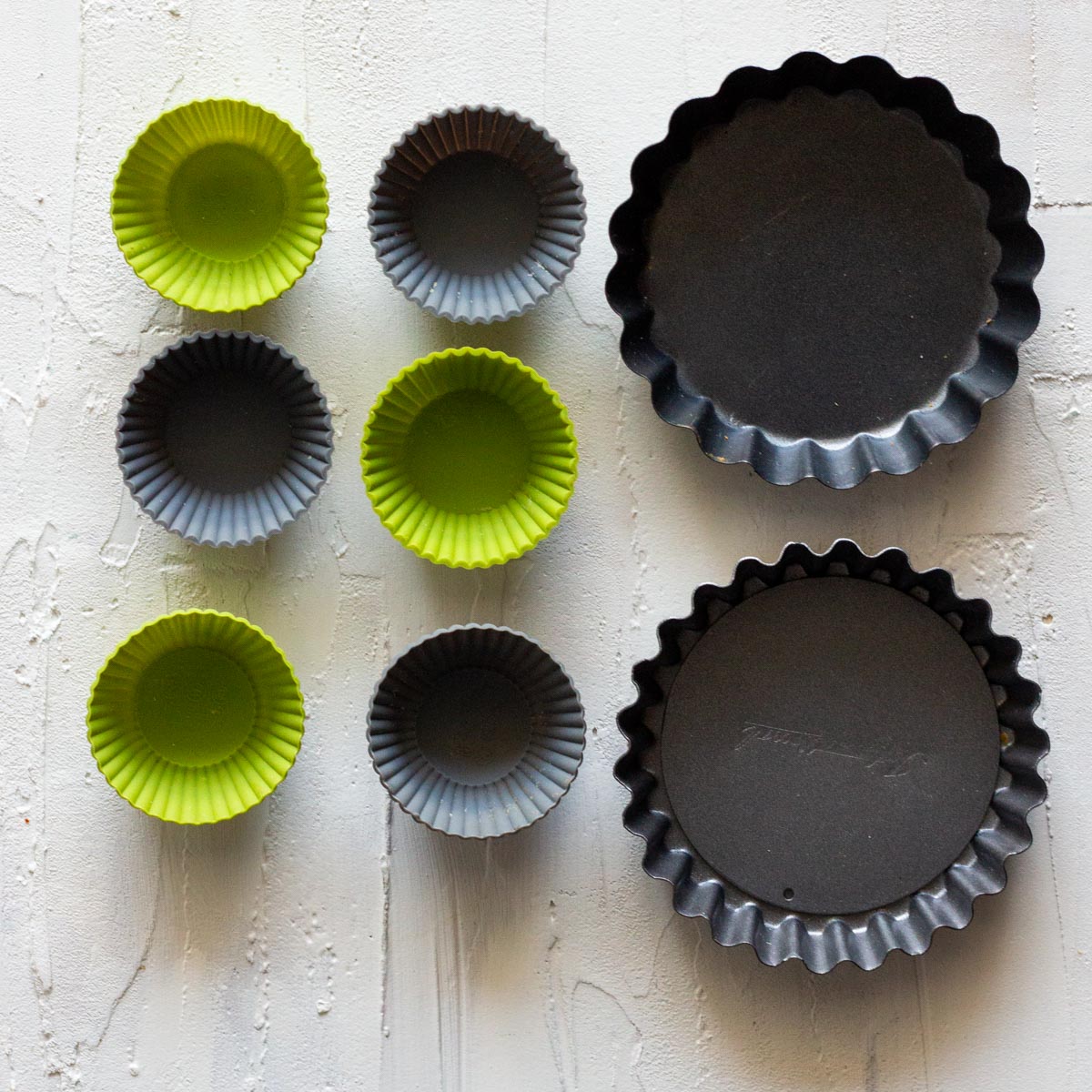 Can I use other vegetables?

Yes, you can. If you are using root vegetables like potatoes, make sure they are finely sliced or diced so that they can cook through.

My pakoras are burning – what do I do?

Add more sliced onions and add another spray of oil. Make sure to also turn the pakoras halfway through the cooking process. That will crisp up the pakoras more. Also, make sure the air fryer is pre-heated.

What air fryer can I use?

Since the recipe I have shared uses baking molds, you can use any type of air fryer variant, be it the classic basket style air fryer, a spaceship style model, or the new oven style models. The airfryer I use is the Philips XXL, which has a basket.

How to I reheat air fryer pakoras?

If you need to reheat the pakoras, just put them in the air fryer and air fry for 1 – 2 minutes at 180 C. No need to use a baking mold when reheating.

Some other snack recipes that you can try for Ramadan are: 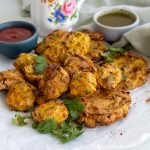