Karhi or Karhi Pakora is a Pakistani vegetarian dish consisting of a sour yoghurt & chickpea flour/besan base with pakora’s or vegetable fritters.

Note: Recipe has been updated with added tips and tricks, new pictures and notes in April 2020

First of all karhi is not to be confused with the English ‘curry’. That ‘curry’ is synonymous with the everyday salan’s that we make with chicken, beef or mutton. This karhi or pakora wali karhi is a vegetarian dish comprising of pakora’s (vegetable fritters) in a sour yoghurt soup with a tempering of spices and herbs in the end. Sort of like a dumpling soup. It's popular in both India and Pakistan, and in India it is known as pakora kadhi or kadhi. It’s a dish usually made in the summers here in Pakistan because one of the primary ingredients is yoghurt considered to have a cooling effect on the body. Additionally, it’s considered simple to make because you can start the yoghurt base in the morning; leave it on simmer while you do the rest of the chores. Fry off the pakora’s / vegetable fritters and do the temper right before serving it for lunch or dinner. Most people eat it with steamed rice but I personally prefer eating it with roti. Either way, it’s delicious.

There are three components to making karhi / pakora karhi which are as follows:

2. The fritters (aka the pakoras)

Make a batter of chickpea flour (besan) with onions, coriander and green chilies. Deep fry till golden brown and set aside. Once the karhi is ready, the pakoras are added to the karhi and cooked on low heat till they become soft.

3. The tempering or baghaar / tarka

The final step in making this karhi is the tempering. Heat oil in a small frying pan and add sliced onions, cumin seeds, whole red chilis, green chilies and the most important thing of all - the karhi patta (aka curry leaves). Curry leaves (or karhi patta) are leaves from the curry tree and have a distinctive flavour that is enhanced after they are fried in oil.

If you are looking for other Desi vegetarian recipes, check out the following: 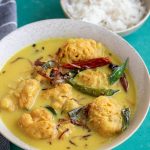 Use of sour yoghurt: Pakora Karhi tastes best when it has tangy tones to it, so it's recommended to use yoghurt that is a few days old, so it's more sour than sweet. Make sure it isn't spoiled. Buttermilk or laban can also be used, and in case nothing is avaialble then a pinch of citric acid or a few drops of lemon juice can be added to give it that sour flavour.  To soak or not to soak pakoras in water: In Pakistan, I would soak the fried pakoras in water for a few minutes and then take them out squeezing out the water. This would make for soft pakoras but when I did the same thing in Australia, my pakoras became so soft that they fell apart when I added them to the karhi. So now I add them directly to the karhi and skip the soaking step. Test by adding one pakora first, and then add the rest to see if you need to soak them or not. 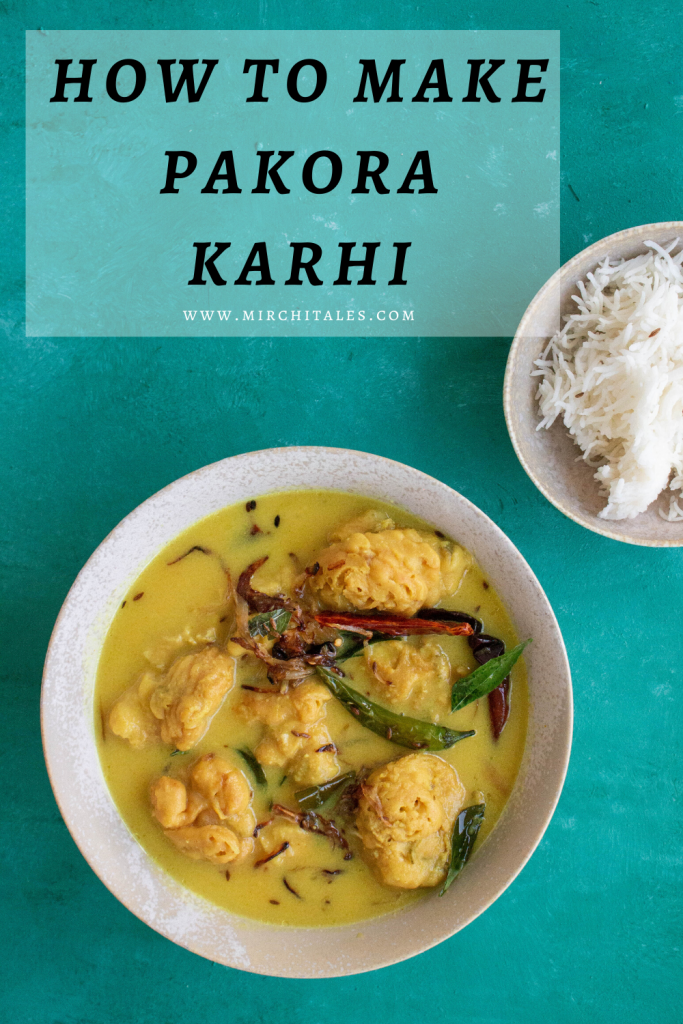